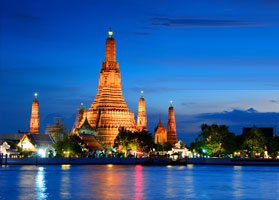 Also called the ‘City of Angels’ and famous as Krung Thep among the Thai people, Bangkok is the national capital city of Thailand, which is ranked number 1 among the major cities in Thailand. Renowned as the most populated city of Thailand, Bangkok is popular for the Buddhist temples named Wat Arun and Wat Phra Prakew. By exploring the Great Swing and the Erawan Shrine, visitors can get the feel of Hinduism and India. 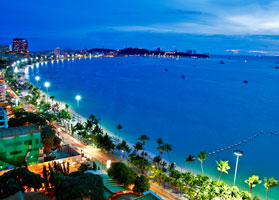 Famous for its vibrant nightlife, splendid sandy beaches and water sports activities, Pattaya, which is the 2nd major city of Thailand after the beautiful city of Bangkok, is one of the main tourist destinations of Thailand and the ideal place for adventure lovers for taking the enjoyment of Paragliding, sail boating and jet skiing. The attractions of this destination are Underwater World Pattaya, Pattaya Crocodile Farm, Million Year’s Stone Park, Thai Alangkarn Theatre and so on. 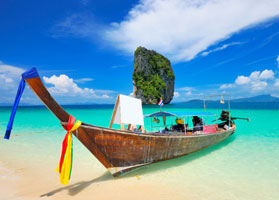 Phuket is the city of Thailand, which provides its visitors the feeling of excitement as well as adventure. Here, tourists take the opportunity of enjoying interesting events such as Thai Boxing. One of the most surprising shows in Phuket is the Phuket Fanta Sea Show, which has the combination of fantasy and humor with the myths performed live on the Kamala Beach by its artists. This famous city is also home to a 45 meter high statue of Lord Buddha. 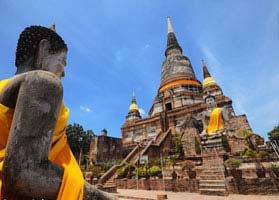 Now recognized by UNESCO as a World Heritage Site, this historic island city, which was once one of the most cosmopolitan and wealthiest cities in the world, has been the ancient capital city of Siam between 1350 and 1767. Then, the treasure-laden palaces and gilded temples of Ayutthaya dazzled from the distance of Kilometers. At present, the dozens of remains provide a tantalizing view into its glorious past. Partial restoration of several historical sites of this city has been made. 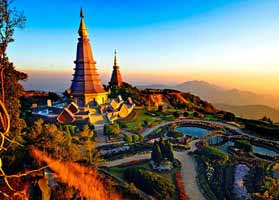 Home to more than 300 wonderful and dazzling temples and also called the heart of Lanna culture, the city of Chiang Mai, which is the facto capital of Northern Thailand, can be regarded as the city of temples. Being also quite modern, this city can be an excellent shopping destination for fine dining choices and designer clothes. Wat Phra Sing and the Chiang Mai National Museum are counted among the most famous attractions of this city. 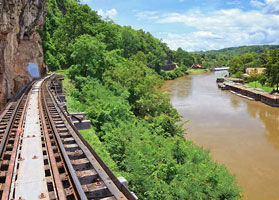 Being the birthplace of Phrabhavanaviriyakhun, the Buddhist monk, the city of Kanchanburi, which is home to the bridge over the Kwai River and several museums of World War II, is one of the most surprising provinces of Thailand. Founded by King Rama I during the 19th century, this city is located to the west of Thailand. Dominated by the wonderful Kwai River Valley, the northwestern area of Kanchanburi is famous for its lovely caves, lakes and splendid waterfalls.

Founded on the outskirts of the Khmer empire during the 13th century, the province of Sukhothai is very popular for its historical Sukhothai city, which has been the first capital city of Thailand. Home to the wonderful ruins still, Sukhothai city has religious temples and the renowned Sukhothai Historical Park, recognized by UNESCO as a World Heritage Site. The other renowned attractions of this city are the Royal Palace, Ramkhamhaeng National Museum, Sri Satchanalai National Park, Ramkhamhaeng National Park and so on.

Surrounded by national parks, most of the region of Krabi is made up of over 80 little islands. Situated at the mouth of the Krabi River, Krabi is a small township, the capital city of Krabi province on the western coast of the southern area of Thailand. Some popular attractions of Krabi are the Koh Phi Phi National Park, Railay, Ao Nang and the Hat Noppharat Thara. The area of Krabi is an ideal destination for bird watching, snorkeling, sailing, kayaking, etc.

Koh Samui is the main island of Thailand, which is famous for its tremendous white sandy beaches, coral reefs and coconut trees. Hosting the cultural event famous as Ten Star Samui Art Party attended by several artists (local and international) to show their artworks, this island is ideal for art lovers and artists. Held on the occasion of the new year, the Buffalo Fighting Festival is another attraction of this charming island destination.

Founded by King Rama VII during the start of 1920 as one of the suitable Gateways and after this period converted into a royal resort, the resort of Hua Hin, which was used as one of the places of shelter for the locals as well as foreign tourists for over 70 years, enhanced its much fame. Due to its low cost accommodation, expert friendliness, beach facing living, the area of Hua Hin is once again favored as one of the best places in the globe for retiring.